Welcome to the Graveyard Shift 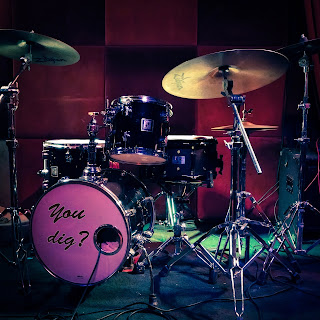 Good day, old bean. So glad to see you here. You’re just in time…Tea's ready (and T's ready)! What shall we talk about today?

Ah, yes, I'm glad you brought it up - The Graveyard Shift. As some of you fine dudes and dudettes may very well know, it is my day job to be a musician at night. At first read-through this might seem counterintuitive, but bear with me. It was as a wee lad back yonder, when I first heard that being a musician was actually a thing. I knew there were people making music, but I didn’t realize making music was a thing that could be done. As in: For a living. You dig? (That’s old-school musician lingo—in case you thought it was an inquiry in regards to your garden work—meaning: Don’t be a square, Jack! Although, to be honest, I often wonder where that saying comes from.)

For about a year, I’d been drumming and practicing the piano, which was all I really was interested in doing. It was fun. It made me happy. It kept me out of trouble. But, as mentioned above, I was not at all aware that this music thing was something people did professionally. See, I come from a time and place where people strictly worked for a living. You know, burly guys in blue overalls, out and about at 5 in the morning, bellies swollen with last night’s lager, carrying small lunchboxes containing tasty morsels prepared for them by their loving wives who were glad to have them out of the house until six in the evening (which was when they better had the next round of ale cold and ready). We’re talking carpenters, brick layers, metal workers, construction workers; all doing a full day’s work for half a day’s pay. There were no musicians—professional or otherwise—within earshot of my childhood.

I remember it as if it was a mere 30 years ago. Or was it 40? No, wait, it was in 19...Uhm...Or…No, hold on…Well, anyways, I remember it as if it happened quite some time ago. My mother, who was very much alive at the time (oh, how things change!), was in the process of purchasing a new used car from her old used car salesman of choice—for legal reasons we shall call him Honest John. Here I was, a strapping lad of nearly a decade, minding my own business, when Honest John looked at me and asked what any man named Honest John would ask a young buck minding his own business: “So, whaddaya wanna be wenya grow up, son?”

By that time in my life I had been asked this so often, I had my answer well prepared: “A TV repairman, or a chef, or a baker, or an electrician.” It basically meant, I’m barely ten years old, Mister, and I really don’t have a clue what I want to end up doing day-in, day-out, for the rest of my life. Honest John looked at me, fairly unimpressed. But then something struck me. It might have been the dead look in his eyes, or some need from deep within me, which led me to venture into the unknown. I shyly added: “But what I really want to do is play the drums.”

“Ah! A musician, eh!” Honest John said, a slight twinkle entered his eyes, his interest piqued. “I used to play the organ in a band before I started selling cars, you know. Yes, lad, I even studied music when I was quite a bit younger.”

“Well, looky here,” Honest John said, enthusiastically, his eyes sparkling with newfound life. “You go to a school where they teach ya all about music and how to play your instrument.”

Looking back at it now, I can see that this might have been the clearest moment I’ve ever experienced in my life. And it was from that point on, that I had but one goal in life: I was going to be a musician; I was going to do this drumming thing for a living. Remembering how much fun Ringo seemed to have, and judging by my own experience of practicing the drums and loving every minute of it, this was most definitely the way I wanted to spend my life. Getting paid to play the drums—A dream come true.

Fast forward an undisclosed number of decades, and I find myself in a bar in Downtown New York City, somewhere around the 3 AM mark; I sit by the bar, on break between sets, tired—exhausted might be a more apt adjective. Silly music rattles through the PA system—they really need to get new speakers here. Oh baby, Yeah, Oh Yeah, baby!! Lyrical prowess at its finest. As long as there’s a simple beat and someone sings a hook that’s easy to remember. Oh baby, Yeah, Oh Yeah, baby!! Drunk folk stumble across the dance floor, more or less in sync with the beat. I often wonder who these people are, that hang out in a bar at 3 AM on a Monday morning. Oh baby, Yeah, Oh Yeah, baby!! Enough already with the Oh Baby, Yeah! Don’t these people have to be at work in a few hours? Well, whatever, they pay my bills.

I like Frank. I’ve known him for many years. Although I don’t recall every having seen him in daylight. “Alright, I guess,” I answer.

“You good? You look a little down.”

“Yeah, it’s just that when I set out to do this music thing, this was not what I had in mind, man.”

“I hear ya.” He takes a sip of his cranberry soda. “Sorry that the dream job turned into a nightmare, bruh. I know the feeling.”

“Maybe I shoulda stuck with my initial plan and gone into TV repair.”

He chuckles. I nod.

Break’s over. Let’s start the set with a fast tune. Maybe I can get one of the drunk guys to trip over his own legs. Time to make some money in my dream job. Time to dig my own grave, in the graveyard shift.

Hold up…I think I just figured it out!

Every year around this time, when the days grow shorter, the nights grow colder, and the lush green ocean of leaves swaying in the summer breeze, turns into a succulent kaleidoscope of color, exploding into reds, oranges, yellows, and browns—and it’s once again time for me to get the winter tires ready for the coming traffic mess—Mrs. Casual makes it a point to remind me (repeatedly) that it's not only her birthDAY coming up at the end of the month, but rather that it is her birthMONTH, ALL month, and she intends to celebrate it that way. Yes, you read that right, four weeks of cakes with candles, presents with bows, and all manner of goodies in honor of having made it one year closer to death. 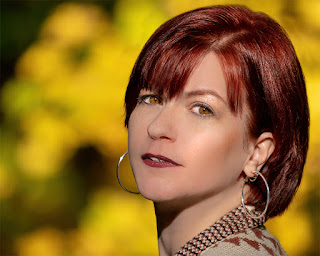 Now some of you may find the mention of the word death a bit surprising, jarring, or, perhaps, even scary; particularly when discussing the happy occasion of a loved one's birthday. And you would be well within your right to feel that way. Birthdays are, more often than not, associated with, well…birth; which, by definition, is the opposite of death. But then again, let not the fact that I have lived in New York City for an undisclosed number of decades, obfuscate the simple truth that I was born and raised in the city of Vienna—a place in the heart of Europe, known for its chocolaty treats, 150 varieties of coffee, and an age-old morbid fascination with anything having to do with death. As any good Viennese citizen knows from very early on in life, birth is merely the beginning of the end.
This is why, in the old country, we have found a number of ways to put a less threatening spin on this whole death & dying thing. This, of course, doesn’t change the reality of death, its terminal pain and sadness, its finality and unpleasantly bitter aftertaste (for the living; the dead, on average, don’t care too much about it, one way or another)—but it puts a nice coat of sugar on top. And if there’s one thing the Viennese like, it’s to sugarcoat just about anything that isn’t already pure confectionery. 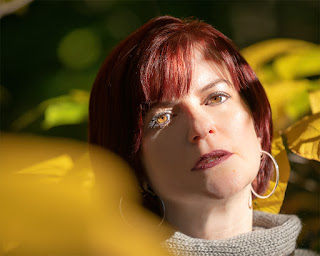 Keeping in that spirit—of adding a sweet glaze to anything bitter and sad—there are a number of phrases used in the beautiful city of Vienna, which describe the act of handing over one's membership card in the club of the living and calling it a day for the rest of eternity, but somehow make it seem like it's just another day of you and your sweetheart floating along the gently swaying Danube in a rose-colored rowboat on a sunny summer’s day, sipping fragrant wine and munching on freshly baked Topfengolatschen (a traditional pastry and personal favorite of mine). Here are but a few translations of some of these verbal sugar coatings:
As I'm sure you can tell, Viennese is a wonderfully inventive language, and the creative ways the Viennese have come up with, to describing the last moments in a person’s life, without actually describing the last moments in a person’s life, are to be commended. Nonetheless, it is still death we're talking about. I therefore restate my point that every birthday we celebrate, is, in actuality, just another One-Year-Closer-to-Death day. Coming back to Mrs. Casual and yours truly, it is one of our annual traditions on this particular day, for me to grab my camera and a couple of snazzy lenses, for her to make sure her hair is the right color and her lips are just the right shade of red—which usually ends up with her insisting she needs to run to Sephora to grab three lipsticks, 2 different mascaras, a color-neutral foundation, and a new bottle of perfume (although I suspect the perfume has not much to do with the photo-shoot!)—and for us to venture into the wild, colorful world that is Autumn in Upstate New York.
So said, so done...And, dare I say it, the pictures seem to be getting better year by year. Could there be a correlation between getting closer to death and looking better against a backdrop of blurry blobs of colorful leaves? I'll leave it to more learned folks to figure this one out. All I can say is, the pictures came out beautifully, and I'm glad to report that neither the missus nor I are, as of yet, passengers on the 71.
Happy One-Year-Closer-to-Death Day, Babe! Hope you like the pictures…
at November 10, 2019 No comments:
Email ThisBlogThis!Share to TwitterShare to FacebookShare to Pinterest
Labels: birthday, death, fun, photography, vienna, viennese
Newer Posts Older Posts Home
Subscribe to: Posts (Atom)

Casual-T
Casual-T, or simply “T,” as he is known to friend and foe alike—musician, author, photographer—bides his time amongst the living, by sitting in his small NYC abode, hacking furiously at his backlit $20 keyboard, hoping to eventually outdo that proverbial monkey-army with their infernal typewriters. So far, no luck! He also makes music, although it would not be a good idea to encourage him to sing.